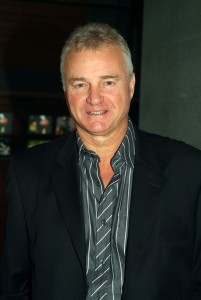 In 1976 Daniel Rémy, from a background in the private sector, “broke into” the domain of Safety and Security professions which had hitherto been the preserve of the State: the military and the police.
At that period in time France was already facing particularly bloody terrorist attacks from, on the one hand, European extreme left groups (Action Directe, The Red Army Faction, The Red Brigades….) and on the other from near and middle Eastern groups inspired by the interminable Israelo-Palestinian conflict. It was in this environment that Daniel Rémy and his group were able over a period of under 10 years to become THE major reference among private French security firms in the protection of VIPs and high-risk locations.
Drawing on this unrivaled experience, Daniel Rémy.’ who is above all a”hands-on” manager was able to appreciate to what extent Prevention and Dissuasion are the two main pillars in the construction of the Safety and Security structure of private companies, public agencies and sovereign states.
This same experience confirmed Daniel Rémy’s idea that the Safety- security structure was pointless if it did not also include the protection of the company’s intangible assets(Research and Development, exchange of data by whatever means, intellectual , social, economic property…) and first and foremost its public image.
This is a huge task demanding a range of skills so wide that no one lone individual, however brilliant, would be capable of mastering either internally or externally..
For this reason Daniel Rémy. has always called upon the best specialists in whatever domain.
Acting as the conductor of this “orchestra” ,he knows the score better than any and his role consists largely in assuring that each member plays his instrument to perfection, in harmony with the group. The slightest false note could have dire consequences.